Illusions: The Art of Magic: Posters from the Golden Age of Magic 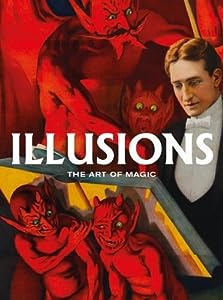 Illusions: The Art of Magic: Posters from the Golden Age of Magic

During the Golden era of Magic-- the 1880s to the 1940s-- illusionists and prestidigitators combated a genuine marketing war. In the United States, Canada, and Europe, city walls were smudged with posters providing tantalizing previews of magician's most incredible tricks. Poster designers and printers were motivated by all selection of phantasmagoric imagery: adversaries and devils, skeletal systems and heads, cards and rabbits, appealing aides and icons of exoticism. Right here, 250 awesome posters, mostly dating from the late 19th and early 20th centuries, retrace the social background of this still-active sensation. These amazing, large-format chromolithographs celebrate the illusionists and the acts that marked the globe of contemporary magic.
7 writers acknowledged as specialists in their corresponding areas present this magnificent array of color and imagery. Released to go along with an exhibition at the McCord Museum in Montreal, which was gifted in 2015 with one of the largest collections of magic posters and files on the planet, the Allan Slaight Collection, this publication will delight visuals designers, illustrators, and magic fanatics alike.