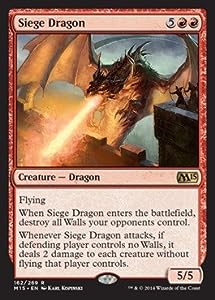 Magic: the Gathering is a collectible card video game developed by Richard Garfield. In Magic, you play the part of a planeswalker who combats other planeswalkers for glory, know-how, as well as conquest. Your deck of cards represents all the tools in your toolbox. It has the spells you recognize as well as the creatures you can mobilize to combat for you.Card Call

A single individual card from the Magic: the Gathering (MTG) trading and collectible card game (TCG/CCG). This is of Rare rarity. From the Magic 2015 set.